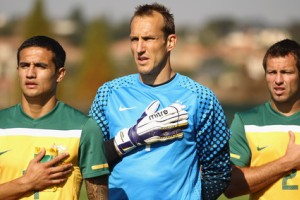 Interesting news are out and it has been reported that Arsenal are intensifying their pursuit of Fulham goalkeeper Mark Schwarzer.

Local newspapers have reported that Gunners boss Arsene Wenger is expected to step up his £4million chase for Fulham stopper Mark Schwarzer, who impressed during last seasons run to the Europa League Final.

The 37-year-old is in the final year of his contract and while he has tried to distance himself from it publicly, ­privately he has confided in friends he would find it difficult to turn down an approach from ­Arsenal.


Dawson : Ledley King Can Fill In For Rio Ferdinand