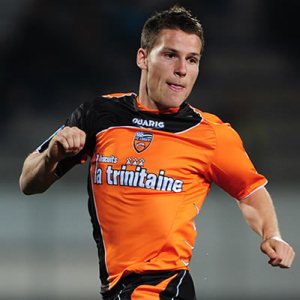 It is believed that the 23 year old forward is being monitored by a number of European clubs, with Arsenal thought to be favourites to land the player.

However, the Metro reports that Liverpool and Spurs could join the race for the player with late moves.

Gunners representatives are thought to have opened preliminary discussions over a £10 million deal, with French reports claiming the club have been in contact with the player’s agent.

The 5ft 7in attacker has so far played a total of 79 games for Lorient and scored a total of 30 goals along the way.