It has been reported that Aston Villa striker Christian Benteke is being linked with a summer move away. 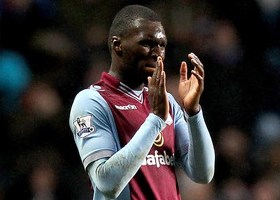 The Belgium international striker is tied to the Villans until 2017 after signing a £40,000-a-week contract extension last summer, but Arsenal, Tottenham and AC Milan are all monitoring his situation.

As the 23-year-old gears up to play for Belgium in this summer’s finals in Brazil, agent Eric Kismet has said: “He wants to get ready for the World Cup.

“For the future, there is time. Currently it is too early to talk about it.”