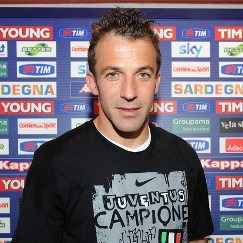 Reports are out claiming that Arsenal have informed Alessandro del Piero they’re keen to bring him to London.

The former Italian international striker is now weighing up his options after announcing he would be leaving Juve last Friday.

The veteran is yet to make up his mind about his next move, but Turin sources say Arsenal have registered their interest with his minders.

Much may depend on whether Robin van Persie stays or goes this summer.