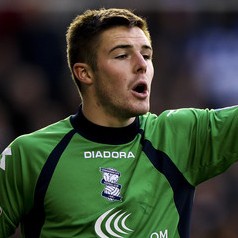 Reports are out claiming that Arsenal have joined the interest in Birmingham City goalkeeper Jack Butland.

The 19 year old England international is also a target for Liverpool and Everton.

The Birmingham Mail says as takeover talks drag on, the likelihood is that Blues might well have to sell their most coveted player, Butland, to keep the club operating as a going concern due to the chronic financial problems and Carson Yeung’s assets freeze.