Interesting transfer news are out claiming that Arsenal are joining the battle for Chelsea striker Romelu Lukaku. 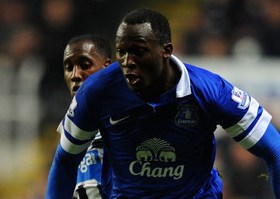 The Mail on Sunday reported that Arsenal are set to challenge Tottenham for the Belgium international striker.

Whether Chelsea would sell to either London rival remains to be seen, but the interest in Lukaku will see his fee spiral towards the £40million mark.

Despite his form on loan at Everton this season Jose Mourinho still seems set to sell the player.