Reports are out claiming that Manchester City youngster Abdisalam Ibrahim is weighing up his next move. 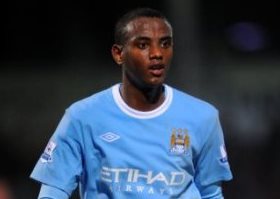 It is said that a host of clubs across Europe have watched the midfielder, including numerous British sides; Celtic, Everton, Arsenal, Crystal Palace and Hull among them.

But the Norway U23 international has not ruled out a permanent switch back to Stromgodset after their championship winning campaign.

“Yes, why not. Everything is possible. I’ve come here, so one more year does not hurt.

“Right now I’m not thinking about it. It still has not quite sunk in that we have won the league title. Now it will be good to take a vacation and enjoy ourselves.”