Reports are out claiming that Southampton fullback Luke Shaw is ready to move to Chelsea. 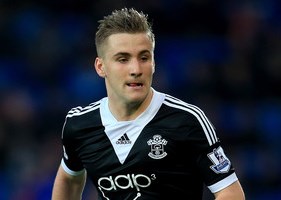 The Sunday Express reported that the England U21 international has set his heart on joining his boyhood heroes Chelsea in a £30million deal he has told friends.

Shaw, 18, who grew up as a Chelsea fan, has been attracting the interest of The Blues as well as Manchester City and now Liverpool.

Manchester United, Arsenal and Tottenham Hotspurs are also keeping a close eye on developments and could also enter any bidding war.

But he is ready to reject them all to get the chance to play at Stamford Bridge even though a deal means unlikely to happen during this transfer window.