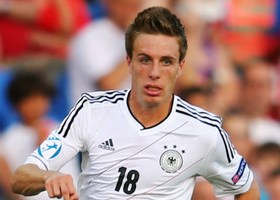 It is said that Arsenal and Italian giants Juventus are chasing the young German, who is tied to Gladbach until 2016.

The 22 year old is rated in the €15 million class by Gladbach management.

He would join a host of German players at the Emirates, including Per Mertesacker, Lukas Podolski, Serge Gnabry and Mesut Ozil – who became Arsenal’s record signing in the summer costing over £40million.