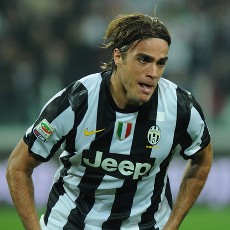 Reports are out claiming that Arsenal have joined the interest for Juventus striker Alessandro Matri.

It is said that the Italian giants are willing to sell and hope to rake in £7 million for the former Cagliari striker. Alex Oxlade-Chamberlain : Man Utd Defeat Can Only Make Us Stronger!