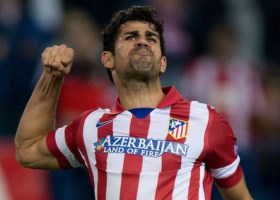 Gunners scouts will travel to Atletico’s two games this week against Sant Andreu and Levante, but it is thought the North London club do not wish to stretch to the 25-year-old’s release clause.

Costa signed a new deal with Madrid in August until 2018, but a release clause of £32million is understood to have been added to the contract.