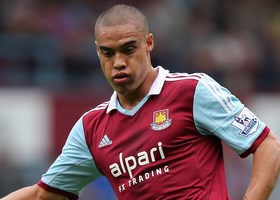 Reports are out claiming that Arsenal had a top level scout at Upton Park yesterday.

It is said that talent from both Aston Villa and West Ham United were the subject of the Gunners’ attention.

Arsenal, Liverpool To Do Battle For German Midfielder Sebastian Rode