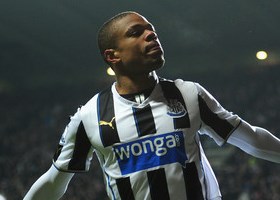 The French international striker, currently on loan from Championship side QPR, has emerged on the radar of the Gunners who are desperate to bring in a quality goalscorer this winter.

Various reports suggest that Arsene Wenger could be lining up a £10million bid for the former Marseille star who has scored 10 goals for the Magpies so far this term.

Remy is believed to be keen on playing Champions League football, which is certainly something Wenger can offer, while QPR boss Harry Redknapp will be prepared to offload the 27 year old.