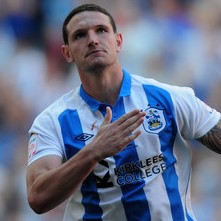 The Daily Star revealed that the 21 year old only made his Premier League debut this month.

However he has already made a big impression in his six league and cup appearances this season – including a Capital One cup tie against the Gunners – and caught the eye of Arsene Wenger’s scouts.

Morrison was Reading’s standout player on his Royals league debut against QPR at the start of this month.

The 6ft 4in defender has followed that up with commanding displays against Norwich, Everton last week, when he was watched again by the Gunners, and Wigan.