Reports are out claiming that Arsenal boss Arsene Wenger is interested in Southampton midfielder Morgan Schneiderlin. 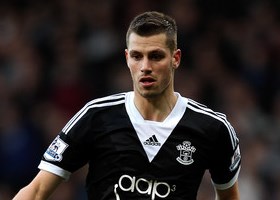 The French tactician is in the market for a long-term successor for Mikel Arteta, 32.

The Daily Mail says Gunners scouts are watching Southampton’s Schneiderlin, with Wenger known to be a long-term admirer of the Frenchman.

Only last week, Schneiderlin welcomed the prospect of moving to the Gunners in the summer when speaking with the French media.