Interesting transfer news are out claiming that Arsenal are keeping a close watch on Valencia striker Francisco Alcacer. 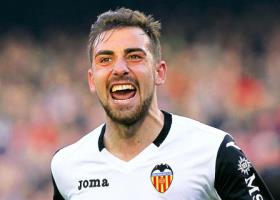 The Mirror revealed that Arsenal boss Arsene Wenger has had the Spain Under-21 striker watched four times in the last month as he looks to strengthen his strike-force this summer.

The 20-year-old has come through the ranks at Valencia, his local side, and was a prolific scorer for their B team before promotion to the senior squad.

Alcacer, who spent last season on loan at Getafe, has played for Spain at every age-group level from Under-16s to U21s.

Per Mertesacker Pleased With Koscielny Partnership