Reports are out claiming that Arsenal are scouting Wolfsburg teenager Maximilian Arnold. 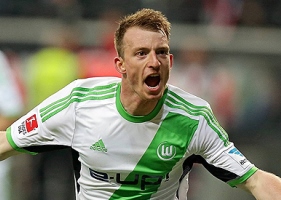 The Daily Mail reported that the Gunners have developed their scouting network in Germany in recent months and Arnold, 19, has been identified as a potential target.

Arnold is under contract until 2015 – but is understood to have a buy-out clause of around £8million.

He has scored six goals in 14 matches for sixth-placed Wolfsburg. Joel Campbell Getting Stronger In Every Game – Arsenal Boss Wenger