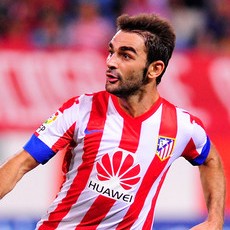 The People reported that Lopez, who scored 18 goals last season, has a buy-out clause of around £15million in his current contract, a fee that won’t scare off Arsenal.

Atletico are keen to tie Lopez down but that would mean putting up the cost of his release clause and the player is reluctant to do that. Atletico Madrid Unhappy With Cristiano Ronaldo’s Behaviour In The Supercup