Interesting transfer news are out claiming that Arsenal are being linked with a winter move for Lille striker Salomon Kalou. 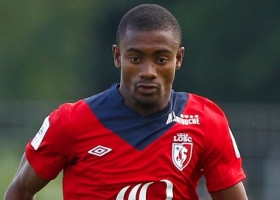 The Metro claims that the Gunners could make a £2.5million swoop for the former Chelsea attacker who has been in France since last summer.

It is believed that the Ivory Coast international has a £2.5m release clause which Arsene Wenger is ready to activate.

The Frenchman is hoping to strengthen his attack which consists of Olivier Giroud, the sparsely used Nicklas Bendtner and injured duo Lukas Podolski and Theo Walcott.