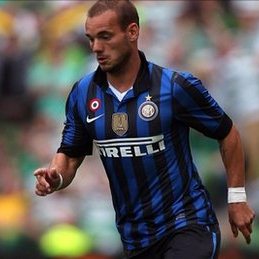 Arsenal have made a sensational move for Inter Milan ace Wesley Sneijder.

The Daily Mail has reported that Gunners boss Arsene Wenger has enquired about Inter Milan midfielder Sneijder, although his £250,000 wages would represent a serious hurdle.

Inter would still like to shift the former Real Madrid star to finance a deadline day deal for Carlos Tevez from Manchester City.