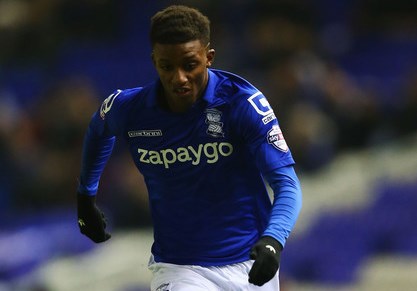 Reports are out claiming that Arsenal are eyeing Birmingham City whizkid Demarai Gray.

The Sun says Gray is set to leave the Midlands club at the end of the current season, as he has just one more year left on his deal.

Bournemouth reportedly failed with three bids for his signature during the January transfer window, but he could be available for as little as £3million this summer.

The 18-year-old has been tracked by a host of Premier League clubs, but Arsenal are now said to be stepping up their interest.