Reports are out claiming that Arsenal legend Thierry Henry is confident that Bayern Munich manager Pep Guardiola will move to Premier League sooner rather than later. 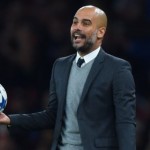 Henry played under Guardiola at Barcelona, and he believes that the Spaniard is one of the best managers in the modern football.

The French icon told Sky Sports : “I think eventually he will come,”.

“He’s a competitor, he will want to win a title in every league possible.

“It will suit him, being here in the Premier League. He’s a great guy, (and he has a) great view of the game.

“He’s one or two steps ahead, he’s in control of everything, the way he loves the game is second to none.”

“He is one of the best managers I’ve ever had. One thing that strikes me with him that you don’t see, he’s one of those guys who’s very demanding and (the) discipline that he has is on point.

“You need that amount of discipline to perform on and off the field.

“He already speaks English, by the way… maybe that’s one thing that tells us he will come sooner rather than later.”