It has been reported that Arsenal legend Dennis Bergkamp is happy for Mesut Ozil to be compared with his time in London. 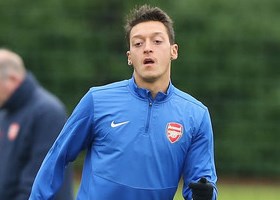 Many believe it was the signing of Bergkamp in 1996 that laid the foundations of the unbeaten side as he brought the best out of the players around him – much like Ozil today.

“I do see the comparison. I do see a lot in the way he plays football.

“The way people expect something to happen. It feels like he can deliver that — but only if the other players come up to that level.

“You can’t do it by yourself,” Bergkamp told the Mail on Sunday.

“I couldn’t do it by myself. You need the manager, you need other players, who were really ready to step up to move forward.”