It has been reported that Arsenal legend Dennis Bergkamp is being linked with the Swansea City job. 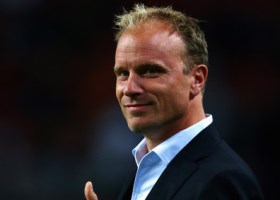 The Daily Mail reported that at this stage, the options are believed to include Everton assistant manager Graeme Jones, who worked at Swansea under Roberto Martinez and has been approached three times about the club’s management vacancies in the past. Jones has not previously been keen on management.

Bergkamp has also drawn attention from chairman Huw Jenkins, though his fear of flying is believed to be a significant obstacle. Likewise, former Athletic Bilbao manager Marcelo Bielsa, who is currently without a club, and Glenn Hoddle, are experienced figures who have admirers at the Liberty Stadium.