Reports are out claiming that Arsenal great Martin Keown has a word of advice for Chelsea manager Jose Mourinho. 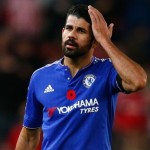 The former Gunners defender believes Mourinho needs to resolve the situation with striker Diego Costa as soon as possible.

The Brazilian born Spanish international has been out of form for the Blues this season and has scored only four league goals.

Costa was also involved in a spat with Mourinho during the Champions League game against Maccabi Tel Aviv before tossing his bid in the direction of the manager when an unused sub in the weekend’s scoreless draw with Tottenham.

Keown wrote in his column for the Daily Mail : “If he continues to challenge Mourinho then it may end in tears. He’s not performing on the pitch and Mourinho doesn’t wait for anybody,”.

“Last year Costa was a key player but that is quickly changing this season.

“Jose may even start using him to demonstrate his power. Costa is not the sort of person who wants to be pushed around or bullied, but Jose won’t be afraid of disciplining him.

“He’s a tough player to manage but not impossible so Mourinho either has to get him back on song or consider getting rid.

“Of course all it takes is a few goals and everything can change.”