Reports are out claiming that Thierry Henry has stated his belief that former Manchester United midfielder Paul Scholes is the best player the Premier League has ever seen. 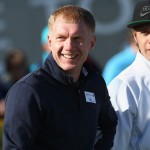 Scholes enjoyed a decorated career with Manchester United and is widely considered as one of the best midfielders of his generation.

Replying to Kay Burley’s question in an interview on Sky News, Henry said: “I would have to go Paul Scholes.

“I don’t think people have given him the credit he deserves. (He’s) one of the best, if not the best, I’ve played against, he could do anything. Unfortunately for him, when he was playing for the national team, for England, sometimes people didn’t see it like that.

“If I had a Paul Scholes in my team, everything would be around him. At Manchester United, they saw it like that, but I think Paul Scholes is one of the best I’ve played against in this league, and seen anywhere.”