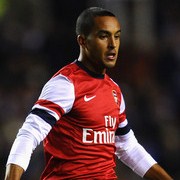 It has been revealed that Arsenal legend Ian Wright can see Theo Walcott moving to Manchester United.

United, Chelsea and Liverpool are all chasing the 23 year old England international winger.

Wright told Absolute Radio: It would be a major loss, because I think that when you look at Theo for me single-handedly against Reading he brought them back into the game and I feel that if Theo was playing last night, whatever people want to say about him I think he would have done something in the game. I feel that if Manchester United are genuinely in for Theo, which I think £8 million if it was…


Arsene Wenger Not Ready To Walk Out On Arsenal