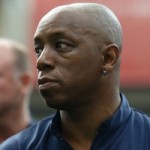 Liverpool have rejected two offers from Arsenal for the 26-year-old, who wants to play Champions League football.

“But if I was Suarez, when you look at everything, it does seem strange he would want to go to Arsenal. I would give Liverpool another season.

“Suarez is a world-class striker and if he didn’t have all the baggage around him, I feel the Barcelonas, Real Madrids and Bayern Munichs would be sniffing around.

“That’s why I believe Arsenal should try to bring him in – because I feel it’s the only time they could get someone like that. In another market, I don’t think he’d even look at Arsenal.”