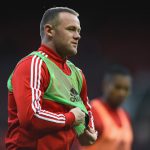 Reports are out claiming that Arsenal hero Martin Keown says Manchester United captain Wayne Rooney should be played in a midfield role.

Keown was impressed with Rooney in the 2-0 victory against Crystal Palace on Wednesday evening.

He told the Daily Mail: “I was at Old Trafford last night, and one player who really impressed me was Wayne Rooney.

“He was playing in a deeper role and his passing reminded me of Paul Scholes at times.

“He was spraying fantastic cross-field balls around, but it looked like he was lacking a bit of fitness.

“With a bit better conditioning, I feel he could really thrive in this role for club and country going forward.”