Reports are out claiming that New York City FC have announced the departure of coach Jason Kreis. 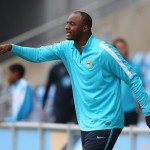 Miles Joseph and CJ Brown have also left the club after a post-season review.

New York City FC President Tom Glick, said: “The decision to part company with Jason and his team after two years of working together has not been taken lightly and this is a difficult announcement for all involved.

“We thank Jason for his passion, his efforts and for his contribution to the historic inaugural season of New York City FC. Many memories of this first season will be indelibly etched in the minds of all involved with the Club and Jason and his team have played a huge part in that.

“We wish him all the very best in what will undoubtedly be a continued successful career in soccer management.”

Former Arsenal captain Patrick Vieira, the EDS coach at parent club Manchester City, has been linked with Kreis’ job in recent weeks. Ex-England and Russia coach Fabio Capello has also been mentioned as a contender.