It has been reported that Arsenal legend Robert Pires is ready to prove he’s still got it when turning out for Goa in the Indian Super League. 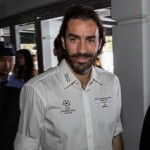 Three years after retiring from football, Pires is dusting off his boots but the decision has been met with strong criticism back in France.

“I always remember what the old boys and coaches used to say when I was young: as long as you can play, keep playing, ‘cos you’ll miss it when it’s over,’ Pires told RMC Sport TV.

“I’m still in good shape so I’m ready for it. Sure, I’ll be earning money, but that’s part and parcel of the world of football.”

Wojciech Szczesny Convinced Of Winning Silverware With Arsenal This Season