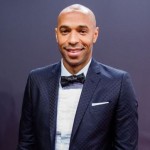 Henry played with Messi at Barca.

“It’s one thing to have a single great season, but to maintain it for so many years is something else. I don’t think we fully realise just what these guys are achieving,” said Henry.

Henry also nominated his choice for is the superior talent.

“While huge respect goes to Ronaldo, having played with Messi and shared extraordinary moments with him, both in victory and defeat, it has to be Leo.” Per Mertesacker Delighted With Goal Against Tottenham