Reports are out claiming that Arsenal legend Ian Wright fears a lack of January signings could see them blow the title. 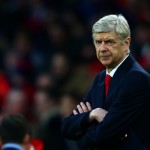 Wright believes Arsene Wenger’s reluctance to sign someone like Real Madrid’s Raphael Varane could see them pay the ultimate price.

“City paid those millions of pounds for Otamendi and Mangala and we’ve seen their performances up to now,” he told BBC Radio Five Live.

“If Wenger bought either of those two, would Arsenal supporters be happy with those two now?

“It isn’t that easy to go in and get the quality. Maybe Wenger has seen that.

“If you’re not going to be able to go and get people like Raphael Varane from Real Madrid, those are the players who will make a difference to the team.

“If you’re not going to pay for someone like Varane, you’re taking a chance.”