Reports are out claiming that Arsenal legend Nigel Winterburn feels they need to splash out this summer to challenge for next season’s Premier League title. 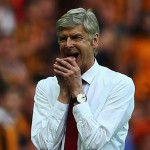 Winterburn thinks the Gunners need five players to strengthen and make them a force to be reckoned with.

“A lot of people will be frustrated if we go into the last week of the transfer window and Arsene hasn’t made any major signings,” Winterburn told talkSPORT.

“A lot of people are talking about three players that would really strengthen them. Obviously they need another centre forward, if not two.

“People are talking about the right-back situation and maybe bringing in a strong holding midfielder.

“There are four or five positions [that need work].”