Reports are out claiming that Ian Wright has hit out at Arsenal manager Arsene Wenger for the selection of goalkeeper David Ospina. 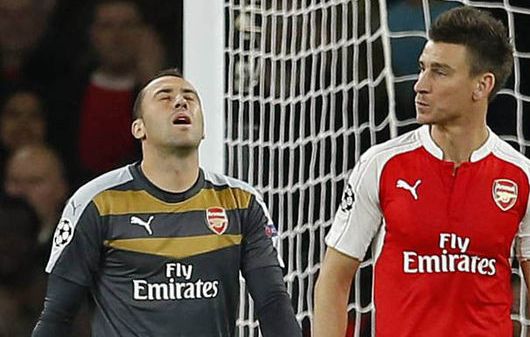 Ospina had a night to forget as his absolute howler in the 40th minute gave the Greek side their second goal in the eventual 3-2 upset at the Emirates Stadium.

In the wake of the defeat, Wright criticised Wenger for playing Ospina when he has the world-class Petr Cech sitting on the bench.

“I was worried about Ospina at the start because I believe the back two guys (Laurent Koscielny and Gabriel) aren’t confident enough as it is,” said Wright on BT Sport.

“There’s not enough aerial supremacy in there and the goalkeeper seemed to me like he was trying to second-guess something.

“For somebody who’s not playing often – and this is a must-win game – how can you put Ospina in goal?

“You’ve got to question the manager there.

“Normally we’re out by the quarter-final, last 16, this time we’ve got a massive hill to climb (to survive the group stage).”