Reports are out claiming that Arsenal are considering making a £12million offer for QPR striker Loic Remy. 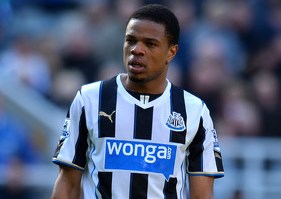 It is said that the Gunners have identified the 27-year old Frenchman as the type of goalscorer they need at the Emirates Stadium and will reportedly go after him when the summer transfer window opens.

Metro.co.uk suggests that Arsenal are hoping to steal a march on Newcastle United where Remy has scored 13 Premier League goals while on loan this season.

Arsene Wenger is prepared to offer the aforementioned fee for Remy, who is set to play for France at this summer’s World Cup, but will not go any higher for the former Nice and Marseille star.