Interesting transfer news are out claiming that Arsenal are preparing a January bid for Chelsea striker Demba Ba. 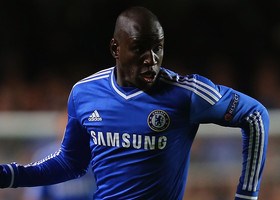 The Daily Star revealed that the Gunners could make a shock £15million bid for the Senegal international striker in January.

It is said that Arsene Wenger is desperate to get back-up for Olivier Giroud in attack.

The Frenchman thought of moving for the 28 year old last summer when he failed to sign the likes of Gonzalo Higuain, Luis Suarez and Karim Benzema.