It has been reported that Arsenal are watching Porto pair Jackson Martinez and Juan Fernando Quintero. 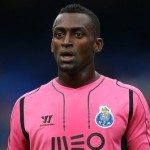 The Daily Express reported that Arsenal are preparing a £60million double-swoop for Martinez and Quintero.

Martinez is a target of Liverpool and other clubs around Europe, but Arsenal hope to convince him to sign for them by bringing one of his pals along with him.

The Gunners are not known for their big spending but after shipping out for Mesut Ozil and Alexis Sanchez in recent years, it has become apparent that they are prepared to splash the cash to find success.

Karim Benzema Keen To Hear From Arsenal In January