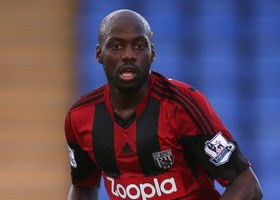 The Sunday Mirror revealed that the Gunners are plotting a £7million January bid for Mulumbu.

It is said that Arsene Wenger had the 26-year-old watched at Stoke a week ago and was given glowing reports on his performance.

Arsenal’s biggest problem will be persuading the Baggies to sell the Democratic Republic of Congo international, who signed a new contract in the summer.

Arsene Wenger Happy To See Jack Wilshere Back In Action