Interesting transfer news are out claiming that Arsenal are believed to be showing considerable interest in Feyenoord defender Bruno Martins Indi. 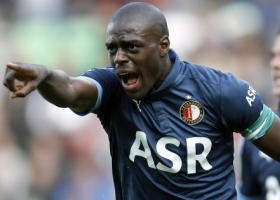 It has been revealed that the Gunners will look to make a £8million move for the Portuguese-born Holland international in January.

The 21 year old was lined up by Everton in the summer but a deal could not be agreed and he is now expected to move on and join a big club in Europe according to Feyenoord coach Giovanni van Bronckhorst.

“He is very good and strong. It is not for nothing he’s a first-choice here and with the Dutch national team. He will make the move to a foreign club in the long term,” the ex-Gunners ace said.

“When the time comes and he wants to leave, he will leave the club. We are very happy with him, but we know we cannot compete with the top European clubs.”