Reports are out claiming that Arsenal are being linked with Atletico Madrid striker David Villa. 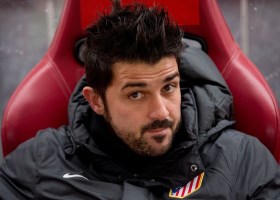 The Spanish international moved to Atletico only last summer from Barcelona and has played a massive role in his club’s success at home and in Europe this season.

TMW claims that Villa has been frustrated in recent weeks with coach Diego Simeone going with Raul Garcia ahead of him, which has led to talk of the striker seeking a move in the summer.

Arsenal are being mentioned as a potential destination, where Villa would team up with good friend Santi Cazorla.