Reports are out claiming that there does not seem anyway back at Real Madrid for striker Karim Benzema. 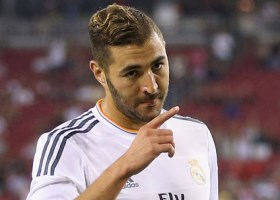 Marca claims that with five seasons under his belt, the Frenchman has yet to fulfil his talent, while his attitude leaves a lot to be desired.

Arsenal boss Arsene Wenger is eagerly waiting to take Benzema to London when the market reopens in January.

While the Frenchman is no quitter, the decision is likely to be taken out of his hands should Arsenal come up with the right offer.