Interesting transfer news are out claiming that Arsenal boss Arsene Wenger is lining up a January bid for Real Madrid striker Karim Benzema. 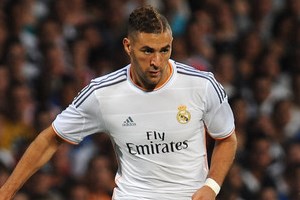 It is said that the French international is weighing up his options at Real with no guarantee from Real coach Carlo Ancelotti of a place in his first team plans.

AS claims that a January sale cannot be ruled out, particularly if Real president Florentino Perez revives his bid for Liverpool striker Luis Suarez.

Wenger is keeping tabs on the situation and is close to Benzema’s camp.

The Frenchman still has money left over from his summer transfer budget to make a big splash in the winter market over the New Year.