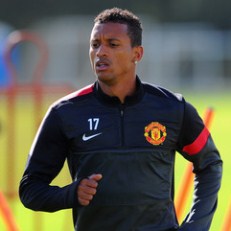 Reports are out claiming that Arsenal are lining up a shock bid for Manchester United outcast Nani.

The Sun reported that the Portugal winger is a shock £20million target for Arsenal.

The former Sporting Lisbon winger is in a contract row with Manchester United and could leave next month.

Arsenal are looking for a quality replacement for Theo Walcott, whose future at the Emirates looks bleak.

Zenit St Petersburg and Paris St Germain have also been watching Nani but he would prefer to remain in the Premier League.

Chelsea are also keeping an eye on the wideman.