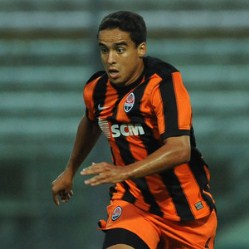 Reports have surfaced that Arsenal have opened talks with Shakhar Donetsk for midfielder Jadson.

L’Equipe has revealed that Jadson is being lined up as a replacement for Barcelona-bound Cesc Fabregas.

Valencia midfielder Juan Mata is also a target, though Jadson, 27, is the cheaper option.

The Brazilian international has a contract with Shakhtar until December 2014, but an offer between €8m and €10m could be enough to lure him away from the Ukrainian giants.