Reports are out claiming that Arsenal are eyeing AC Milan striker M’Baye Niang. 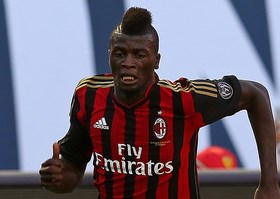 The French U21 international is set to be made available by Milan in January and Arsenal are among interested suitors, according to Italian sources.

The former Caen junior had trials at Everton and was on Arsenal’s radar two years ago before committing to Milan.

However the 18 year old has found his first team path blocked by the arrival of Mario Balotelli in January and is becoming increasingly unsettled.

Arsenal are preparing a €7 million bid for the winter market.