The Gunners were desperate to bring the Brazil international, 21, to England last summer. 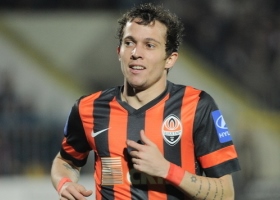 Tottenham also attempted to lure Bernard to the Premier League – but the 21-year-old would in the end complete a £20m move from Atletico Mineiro to Shakhtar.

“We had offers from Tottenham, and according to my Atletico president Arsenal were interested too, but didn’t have the money,” Bernard told FourFourTwo magazine.

“All of it happened in a moment Europe was facing a serious financial crisis, so there was interest from various teams, but the only one able to pay straight away was Shakhtar.”