Reports are out claiming that Liverpool are tracking Nottingham Forest centre-half Jamaal Lascelles. 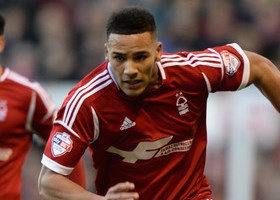 The People reported that Reds boss Brendan Rodgers sent top scout Dave Fallows to watch the classy defender for the second time in a fortnight in the FA Cup tie at Preston in midweek.

Lascelles, 20 – who scored for Forest at Blackpool yesterday – is a cert to play in the Premier League next season, either with Billy Davies’ side or via a sale at the end of the campaign.

The strong but skilful prospect is also fancied by Arsenal but they chose not to bid in the transfer window.

Arsene Wenger Admits Not Receiving Any Fixture Favours From TV