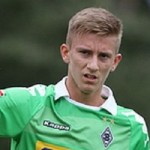 Reports have out claiming that Premier League clubs have taken notice of the emergence of German sensation Sinan Kurt.

The Sun revealed that Premier League giants Liverpool and Arsenal are ready to go head to head for the talented 17-year-old.

It is reported that Kurt hit 31 goals and set up 21 more for Borussia Monchengladbach’s youth side last season.

The Under-17 star has also interested Paris Saint-Germain, Valencia and Galatasaray.