Reports are out claiming that Arsenal and Liverpool are tracking Anderlecht defender Cheikhou Kouyate. 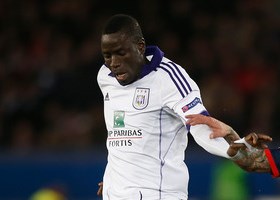 The Daily Star claims that Kouyate’s agent, Saffet Balkan, said in the January window that Liverpool and Arsenal were interested but nothing materialised at the time.

And now, Balkan has reiterated his claim the Gunners are interested and said Galatasaray and CSKA also want his man.

Balkan said: “Valencia made a bid for Cheikou in January however, Anderlecht rejected the offer.

“Galatasaray have been keeping close tabs on him. Arsenal as well as CSKA have also been tracking Cheikou and have made enquiries.